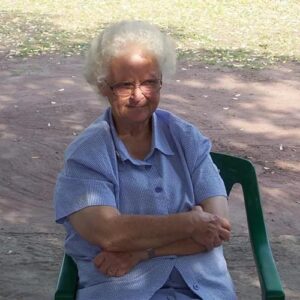 News like this confirms that the Church is Catholic, in the best sense: it is “universal.” Former students of Sr. Mary Batchelor, a Missionary Religious Sister from Australia who served in South Sudan for close to two decades, have paid glowing tributes to the Catholic Nun who died earlier this week. Sr. Mary endured hostility in the East-Central African country in order to ensure that children, especially those from poor families, were educated.

The Missionary Sister succumbed to heart failure at 92-years of age – but initially chose to go to Sudan when she was 72! Her former students and colleagues are remembering her fondly. Most are describing her as a mother, a teacher, a spiritual mentor, and a friend.

The Missionary efforts in South Sudan started from scratch when Sr. Mary embarked on building decent classrooms for the learners and also trying to convince parents to even allow their children to go to school. She made it possible for the growing educational plan to progress from small scattered thatched buildings and open classrooms under trees, to fully permanent structures. The Mission now has a desk for each pupil, painted walls, and text books. According to the leadership of the Missionary Congregation, the current primary school enrolment is 1,452 while the secondary has an enrolment of 427 students, including over 65 female students.

As the 8th-grade class at our own school here at Holy Cross prepares for Baccalaureate and Graduation, we thank God for His blessing on our very remote “neighbors” in South Sudan and we pray for the happy repose of the soul of Sr. Mary Batchelor. May she rest in peace.