Do We Really Need to Keep Repeating This? 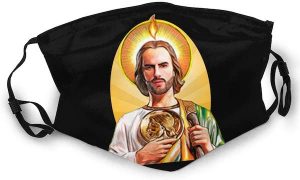 From the Catholic News Agency: Although some people have raised objections to wearing masks as the U.S. continues to battle the coronavirus pandemic, doing so can be an act of charity for one’s neighbor, a Catholic doctor says.

“The simple reason to wear a mask is primarily to protect others, the secondary reason is to protect oneself. Masks are a barrier to the airborne droplets that can carry the virus and infect anyone who breathes them in,” says Dr. Barbara Golder, a physician, lawyer, and bioethicist with a background in pathology. Dr. Golder told the Catholic News Agency that wearing a mask while in public is “a small thing to do, and it may well save lives. This is a serious situation. When 60% of the population falls into a risk group because of age or an underlying medical condition such as obesity, diabetes, heart disease, or lung disease, it’s prudent to try to avoid infection.”

Dr. Golder acknowledged that conflicting advice early in the pandemic may be confusing, but explained that federal guidance has changed as scientists have learned more about the new virus and how it is spread. She adds, “We now know that it is communicable by aerosol droplets that are expelled by coughing, sneezing, and even, to a certain extent, by breathing. We also know that this happens even in patients who are infected and shedding virus, but who do not have symptoms. Wearing a mask limits the possibility of dispersing infective particles in the air, as well as reducing the risk of inhaling them.”

Meme of the Day: If you still think wearing a mask for a matter of minutes is inconvenient or uncomfortable, imagine being on a ventilator in ICU for a month or so.