May 25: Spreading the Good News 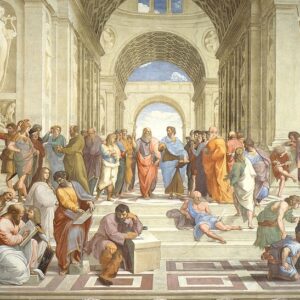 In the Acts of the Apostles, St. Paul offers us an important clue about how to successfully “Evangelize” (or spread the Good News of the Gospel). He regularly presents his message in a language that would make sense to his hearers! He does not dilute or compromise the message, but he tries to express it in language that will give an opening to an audience totally unfamiliar with the Jewish scriptures and equally unfamiliar with the Risen Jesus. This is something we need to remember, whether we are taking the Gospel message to a culture which has never heard it before or to one which has lost it.

For example, St. Paul took his cue (in Acts 17) from an altar he saw in Athens, dedicated to an “unknown” god. Those, like the Greeks, who believed in many Gods, used to dedicate altars to “unknown gods,” in case they incurred the vengeance of gods whose names they did not know. It was a kind of all-inclusive title. While it was a way to make sure that none of the many Greek gods was left unworshipped, it also indicated their powerful superstition. St. Paul uses the practice for his own ends and also turns back the charge of preaching about “outlandish” gods which people had never heard of. And he goes on to spell out for them just who this “unknown” God really is.

St. Paul declares: He is the God who made this world and all that lives in it. He is the Lord who pervades the heavens and the earth and is not confined to man-made sanctuaries. Nor does He need the help of any human. On the contrary, it is He who gives life and breath and everything with it. He made from one the whole human race, meaning that all people belong to one family (Athenians, Romans, Greeks, “barbarians,” Jews, Gentiles). This is a belief we assert every time we pray “Our Father…” Through His creation God made His presence evident all over the world, “so that people might seek God, even perhaps grope for Him and find Him, though indeed He is not far from any of us.” All of these notions are taken right from the Greek philosophical “playbook,” so to speak. St. Paul freely adopts the Greek notions and reasoning, but personally attaches every one of them to the very real and personal God of all, whom we know and love through His Son Jesus. Thus, St. Paul to expressed the Faith in language that would give an opening to his audience, and not only an opening but an invitation to pass through. Why would we think it should be any different for us today?