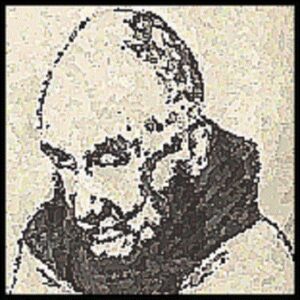 In his book Seasons of Celebration, the Trappist monk Thomas Merton wrote:

“If the unity of Christians in One Body makes the Church a sign of God in the world, and if men tend unfortunately to conflict and division by reason of their weakness, selfishness and sin, then the will to reconciliation and pardon is necessary if the Church is to make God visible in the world. Nor can this pardon, this communion in forgiveness, remain interior and invisible. It must be clearly manifest. So the mystery of the Church demands that Christians love one another in a visible and concrete way…Christ will not be visible to the world in His Church except in proportion as Christians seek peace and unity with one another and with all men. But since conflict is inevitable, unity cannot be maintained except in great difficulty, with constantly renewed sacrifice, with lucid honesty, openness, humility, and the readiness to ask forgiveness and to forgive.”

Pope Francis, on Sunday, increased the intensity of his appeal for peace – more than a month after Russia’s invasion of Ukraine: “Enough. Stop it. Silence the weapons. Move seriously toward peace. This is a cruel and senseless war that, like every war, represents a defeat for everyone, for every one of us. We need to reject war, a place of death where fathers and mothers bury their children, where men kill their brothers and sisters without even having seen them, where the powerful decide and the poor die.”

“Mother Mary, hear our prayer. Star of the Sea, do not let us be shipwrecked in the tempest of war. Ark of the New Covenant, inspire projects and paths of reconciliation. Queen of Heaven, restore God’s peace to the world. Eliminate hatred and the thirst for revenge, and teach us forgiveness. Free us from war, protect our world from the menace of nuclear weapons. Queen of the Rosary, make us realize our need to pray and to love. Queen of the Human Family, show people the path of fraternity. Queen of Peace, obtain peace for our world. Amen.”