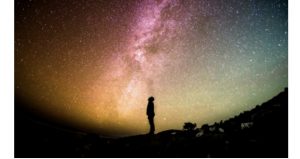 St. Peter Chrysologus, who lived during the 5th century, was distinguished by a fierce loyalty to the Church, not only in its teaching, but in its authority as well. He looked upon learning not as a mere opportunity, but as an obligation for all, both as a development of God-given faculties and as a solid support for the worship of God. Many of his homilies have survived the centuries, including this one on the Incarnation (excerpted here):

“The hand of the Creator that assumed clay to make our flesh chose to assume a body for our salvation. That the Creator is in what is created and that God has come among us in the flesh brings dignity to us, without dishonor to the one who created us. Why then, friends, are you so worthless in your own eyes and yet so precious to God? Why render yourself such dishonor when you are honored by God? Why do you ask how you were created and do not seek to know why you were made? Was not this entire visible universe made for your dwelling? It was for you that the light dispelled the overshadowing gloom; for your sake was the night regulated and the day measured, and for you were the heavens embellished with the varying brilliance of the sun, the moon, and the stars. The earth was adorned with flowers, groves and fruit; and the constant marvelous variety of lovely living things was created in the air, the fields, and the seas for you, lest sad solitude destroy the joy of God’s new creation. And the Creator still works to devise things that can add to your glory. God has made you in His image that you might in your person make the invisible Creator present on earth; God has made you His emissary, so that the vast empire of the world might have the Lord’s representative.”

Along the same lines: “Beyond a wholesome discipline, be gentle with yourself. You are a child of the universe, no less than the trees and the stars; you have a right to be here.” Max Ehrmann, poet

Most of us know our less than wonderful qualities. We usually know when we make mistakes, get the facts wrong, or could be more skillful. Some people respond to these experiences by erring on the side of denial or defensiveness. But most of us go to the other extreme, repeatedly criticizing ourselves or having a sense of guilt, unworthiness, and low confidence. It’s one thing to call ourselves to task for a fault, try to understand what caused it, resolve to correct it, act accordingly, and move on. This approach is both healthy and morally accountable. It’s another matter entirely to grind on ourselves, to question our God-given goodness, or to hold on to the negative—in other words, to beat ourselves up. This excessive inner criticism tears us down instead of building up our strengths; it’s stressful and thus wears on us. Take a moment to revisit the words of the ancient preacher and the modern poet (above). Learn to be gentle with yourself, you are a child of God.