January 13: Prayer and a New Novena 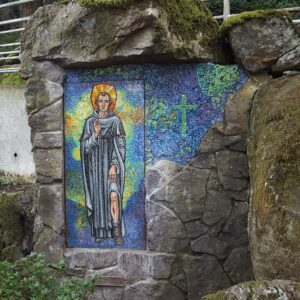 In the Gospels, we frequently encounter one of the cornerstones of the public ministry of Jesus: prayer. For example, after we read about Jesus healing people around Him and casting out unclean spirits, we also read that “in the morning, long before dawn, Jesus got up and left the house, and went off to a lonely place and prayed there.” (Mark 1,29-39) This is clearly one of the keys to Jesus’ work on earth: spending time in prayer with His Heavenly Father.

Some other accounts of Jesus praying: after the feeding of the 5,000, “He went to pray up in the hills” (Matthew 14,23); after He had healed a leper, we read “Jesus often withdrew to lonely places and prayed” (Luke 5,16); before Jesus chose the Twelve Apostles, we read “Jesus went out to a mountainside to pray, and spent the night praying to God” (Luke 6,12). It appears that, at all the significant moments of His life, Jesus prayed. For those of us called to follow Him, does it not make sense that we imitate His faithfulness to prayer, making it a constant feature of our own lives?

Speaking of Prayer: The Story of St. Peregrine – The Order of Servants of Mary (the Servites) began in the thirteenth century under the inspiration of Our Blessed Mother who appeared separately to seven young men of Florence, Italy, urging them to dedicate themselves to prayer and service. The seven soon became noticed and others joined them in the hills above the city.

One who applied was Peregrine Laziosi who had been an activist in the anti-papal movement in the city of Forli, but had been won over by the Prior General of the Servites, Philip Benizi, who later became a saint. Peregrine labored for years as a brother in the Order and at age 60 was diagnosed with cancer of the leg brought on by many years of disciplined prayer while standing. On the night before the scheduled amputation of his leg, Peregrine dragged himself to the foot of the cross in the community chapter room and fell into a deep trance-like sleep. Upon waking, he discovered that this leg was completely cured. Because of the miracle wrought by prayer, the Church canonized him in 1726 and named him patron of cancer sufferers.

The lesson of Peregrine’s life is not that God worked a miracle, but that a faithful, trustful servant placed himself, unconditionally, in the hands of the Lord. Peregrine’s trust in God can be a model for us in dealing with the pain, sickness, and the daily Crosses of our lives. St. Peregrine’s name is intimately connected to the Italian word for “pilgrim”: “pellegrino.” The Spanish word for the same is even more connected: “peregrino.” What a joy it is to know that this generous saint is “on pilgrimage” with us throughout our lives and that the destination of our pilgrimage is heaven itself!

A Novena is presently being offered through Pray More Novenas. If you would like to participate: https://www.praymorenovenas.com/st-peregrine-novena