April 27: Encouragement in Time of Trial 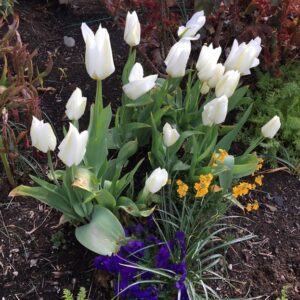 Among all those in the first generation of Christians, St. Barnabas was counted as an “apostle” and missionary. He was responsible for welcoming St. Paul into the Church. Though not (officially) one of the Twelve Apostles chosen by Jesus, St. Barnabas is traditionally regarded as one “sent” and, according to the Acts of the Apostles, he was a man highly respected in the first century Church, even by the Apostles themselves.

Also according to Acts, St. Barnabas had a gift for brightening the lives of others. In his lifetime, he was known as “a good man filled with the Holy Spirit and with faith.” His name is interpreted as “son of encouragement” (Acts 4,36). Originally named Joseph, he was nicknamed Barnabas because of his encouraging style and supportive way.

The openness of St. Barnabas to God’s gifts led him to Tarsus to search for Paul and persuade him to come to the aid of the Church in Antioch. Without this intervention, Paul, who had been virtually banished to his home in Tarsus, might have been lost in the silence of history. Like Jesus the Good Shepherd, however, St. Barnabas went out in search of Paul, and led him back into the community where he transformed the whole missionary energy of the Church.

Give this some prayerful thought this week: the Greek word used in the Bible for “encouragement” (paraklēsis) is related to the one used in St. John’s Gospel to name the Holy Spirit (Paraklētos; John 14,16). Both words refer to “one called (or sent for) to assist another.” As believers, we are called to channel the Spirit who “knows how to sustain the weary with a word.” (Isaiah 50,4)

In the digital age, where our words are magnified, they can echo across the globe … or across the street! How much more, then, should our words be ones of hope and compassion, uttered so that “God’s salvation may reach to the ends of the earth?” (Isaiah 49,6) Seen anybody with anxiety and fatigue lately? Might a simple pleasant gesture, a word of encouragement, or even a silent smile, have eased their burden? Let us ask for the grace not to miss today’s chances to share — if only in the smallest, most ordinary way — the gift of encouragement.